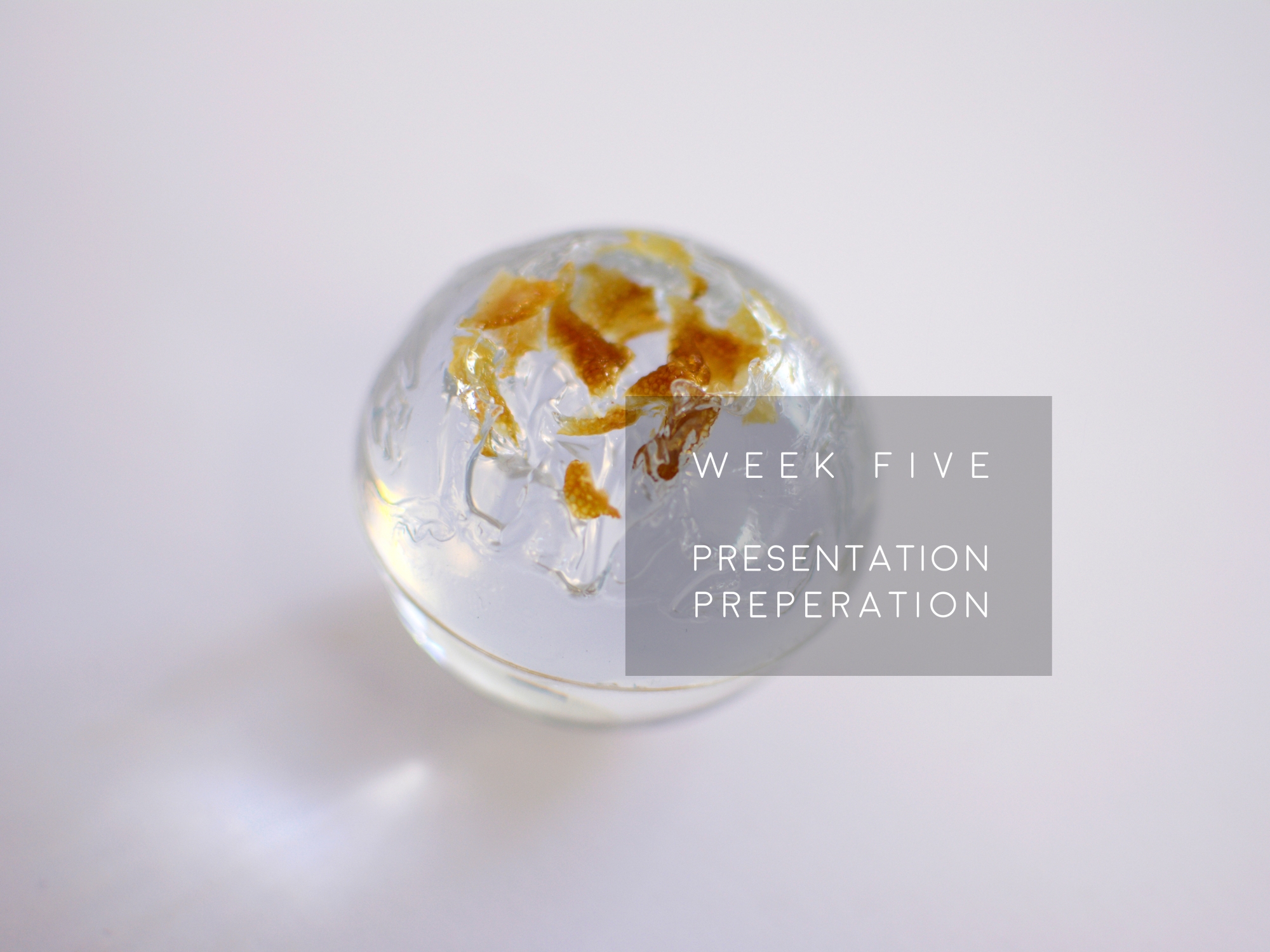 The following is my presentation, in preparation for our mock-crits, on Thursday:

Wolfgang Laib, being the inspiration for my designs, makes simple installations that are momentary beautiful and limitless captivating. My designs are influenced by Laib’s way of designing things in an uncomplicated and clean manner. Well-known for his use of natural, raw materials, I tried to create models made from raw materials, or materials he had previously used, in my exploratory models and drawings. The colours he used were light and often only stood out when positioned in piles upon the ground. With his concrete surfaces an ocean of yellow and white, pile after pile, I attempted to echo his works by using delicate colours, my colour palette becoming pastel blues, pinks and yellows.

My models used these colours to consider whether softer colours were as effected by light, while my drawings expressed a more pigmented investigation. I used this research to create wallpapers, some of which heavily relied on repetition and alignment, whereas a more mellow approach was used in others. My wallpapers mimic my models in their simplicity, keeping to two or three elements, and using a similar colour palette. The colours imitate Laib’s, hinting tones of dullness, and complementing the apartment, as it is a colourless dull; bolder colours could create a sense of gaudiness. The majority of my wallpapers are linear, all following a pattern of sorts, and more randomised in areas in others.

The wallpapers can change size to be more proportional to the room, but I think it’s current size suits the longer living room wall most, as it is quite an open room, with a lot of space to pattern repeat. This allows the wallpaper to flow endlessly from wall to wall, as Laib’s installations can become an endless plane. The scale of the wallpaper makes viewing easier as the lines aren’t harsh, forming a natural blend of hues. Paired with an opaque curtain, sufficient light will enter the room and hit the wallpaper with a translucent soft glow, especially in the mornings, composing the perfect tones of the softer primary colours. In future, I’d like this wallpaper to be used in the apartment of a morning person, as I believe the colours suit the daily sunrise the most, with, ideally, a messy person. The room’s clutter would blend into the soft tones of the wallpaper and become, on a whole, a room of comfort and purity, as Laib’s works often did.